He was born on April 13, 1870 in Guelph, Ontario.[1] Cutten's early dream was to be a professional baseball player.

Cutten grew up with a boy the world would later know as Lt. Col. John McCrea, the author of the poem In Flanders Fields.[2]

Cutten left Canada for Chicago in 1890. He arrived in Chicago with ninety dollars and a high-wheeled bicycle. His first job there was with Marshall Field's wholesale house. After six months in various jobs, Cutten was hired by a former co-worker at the firm Hately Brothers. He moved to A. Stamford White in 1891.

He was a member of the Edgewater Golf Course in Chicago and later donated money for the creation of Cutten Fields, a golf course in Guelph, Ontario. The course and the clubhouse cost Cutten $750,000 in 1931.

In 1932, Cutten wrote an article, "Story of a Speculator," which was published in the Saturday Evening Post and later privately published.[3]

In 1896, he persuaded A. Stamford White to loan him the money for a CBOT membership at the cost of $800. He became a salaried pit broker for $150 per month and was allowed to scalp the market. He would scalp two or three hundred thousand bushels of wheat futures a day when he first started.

Cutten's had a brother Charlie, who also came to Chicago. Charlie died after being cut with a knife used on a tubercular hog.

Cutten's first big winning trade was in shares of the Soo Railroad Line. He bought 2000 shares at 54 and sold them two years later, in 1906, at 164. After taking those profits, he resigned from his position with A. Stramford White & Company to trade for himself.

Because of his acumen for trading, Cutten was given the name "the New Napolean of the Wheat Pit" by newspapers. In 1928, Cutten appeared on the cover of Time Magazine after predicing a $2.50 wheat price for the upcoming year.[4][5][6]

At various times, Cutten would trade in flax, coffee, cotton, wheat, rye, corn and other commodities.[7]

Cutten was considered the main rival of Jesse Livermore during the 1920s as a speculator. They would face off on various trades in the futures markets over the years.[8][9]

In 1922 Cutten was alleged to be cornering the wheat market and was defeated by the Armour Grain Company when its executives convinced the Chicago Board of Trade to allow delivery in rail cars on track instead of grain elevators.[10][11] As result of the alleged corner by Cutten, the CBOT formed its own regulatory body to deal with market disruptions, the Business Conduct Committee.[12][13][14]

As a result of the market problems in wheat in 1922, the U.S. Congress passed the Grain Futures Act of 1922.

In 1924, Cutten was found to abuse the Grain Futures Act of 1922 by a U.S. Senate investigation. Cutten was found to hide his trading through the use of multiple accounts. Cutten reportedly made $11 million on the trade as wheat moved from $1.05 to over $2.00 a bushel.[15] According to testimony by CFTC General Counsel Dan Berkovitz in 2010, "To avoid the GFA’s requirement to report positions in excess of 500,000 bushels of grain, Cutten established 32 separate accounts, with seven different firms, in the names of friends and relatives, in amounts up to a maximum of 495,000 bushels."[16][17]

In 1925, Cutten moved his market operations to the New York Stock Exchange.[18] He has been accused of market manipulation and mis-reporting is wheat positions to the Grain Futures Administration, which banned him for trading for 2 years. Cutten took them to the Supreme Court, who ruled that the statue only applied to a person in the process of manipulating the market.

After Cutten had take serious losses in the Stock Market Crash of 1929, he said he was down to his last $17 million.[19] 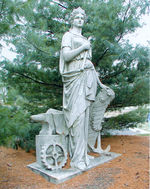 After a large winning trade in 1912, he bought 800 acres of farm land in DuPage County outside Chicago. He named the estate Sunny Acres Farm and hired E. Norman Brydges, a noted architect who worked with Frank Lloyd Wright, to design his home. These lands were later acquired in the late 1970s by the DuPage Forrest Preserve District and make up the Hidden Lake Forrest Preserve.[20] 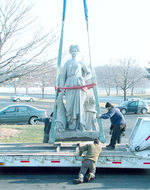 When the Board of Trade Building in Chicago was being knocked down and rebuilt in the 1920s, Cutten took two 12-foot granite goddesses, symbols of agriculture and industry, that adorned the building and placed them on the property. Later, after the Forrest Preserve acquired his property, the statues were moved to the Danada Forrest Preserve in Wheaton. Subsequently the statues were given back to the Chicago Board of Trade and are now displayed in a plaza to the east of the building.[21][22][23][24][25][26]

Cutten was awarded an Honorary Doctorate at Colgate University in New York by President George Barton Cutten, with whom he shared the same great-grandfather.