Rostron is a former financial journalist and former trading-floor-based market-maker.[1] 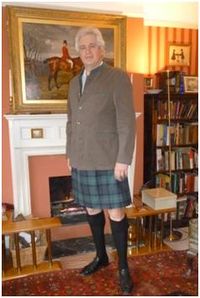