American International Group, Inc. (AIG) at its peak was the world's largest insurance company, with a market value of $239 billion and operations in more than 130 countries and jurisdictions. It was also a world leader in financial services. AIG companies currently serve commercial, institutional and individual customers through a worldwide property-casualty and life insurance network. AIG companies provide retirement services, financial services and asset management around the world. AIG's common stock is listed on the New York Stock Exchange, as well as the stock exchanges in Ireland and Tokyo.

AIG collapsed suddenly in September 2008 because of bad bets it made insuring mortgage-backed securities. It was bailed out by the Federal Reserve with a $85 billion infusion, but even so, its losses continued to mount and in November the Treasury announced a new rescue package that brought the total cost to $150 billion.[1]

AIG recorded the largest corporate losses in history, stemming mostly from its $441 billion exposure to credit-default swaps and other derivatives.[2]

In July of 2010, Commodity Futures Trading Commission Chairman Gary Gensler placed some of the blame for the financial crisis on AIG. Gensler made his comments during Financial Crisis Inquiry Commission hearings on the role of derivatives in the crisis.

Gensler's testimony followed an appearance in front of the same panel by Joseph Cassano, the former head of AIG's financial products unit. Cassano said he believed that he could have helped the firm get steep collateral discounts if he hadn't been asked to retire following problems uncovered by auditors. Cassano said if he was still involved, the government wouldn't have had to accelerate a massive $40 billion rescue payment to the counterparties of the trades which included large firms such as Goldman Sachs(GS).[3]

In January of 2011, AIG announced it would issue 75 million warrants as part of its plan to pay back its debt and thus free itself from U.S. government ownership. Each warrant represents the right to buy one share of AIG at an initial exercise price of $45 per share.[4] AIG said they planned to use the proceeds to pay down and terminate a $21 billion credit facility from the Federal Reserve Bank of New York. [5]

It had also been repaying the government aid by selling off some of its assets, including its 97.6 percent stake in Nan Shan Life Insurance Co. of Taiwan, [6] as well as the sale of its Alico business to MetLife.[7]

In September of 2012, The Treasury Department said it would sell $18 billion worth of stock in AIG that it got during the financial crisis.[8]

In January of 2013 it became known that AIG would join with other banks in a lawsuit against the government, alleging that the terms of a bailout in 2008 may have been unfair.[9]

In 2014, Hank Greenberg, the former AIG CEO who had been forced to resign in 2005, sued the U.S. government, claiming that the bailout, rather than saving the company, cost shareholders tens of billions of dollars.[10] In June of 2015 a judge ruled that the government had violated the law in taking a controlling stake in AIG in 2008, but did not award any damages to Greenberg or the thousands of shareholders who joined his action, accepting the government's argument that without the $85 billion loan, AIG would have filed for bankruptcy and left shareholders with nothing.[11] Greenberg and the shareholders were seeking $40 billion in damages.

AIG was one of the hardest hit in the 2008 credit crisis. Its mainstream insurance business also was particularly damaged by a decline in investment income and losses from its mortgage insurer, United Guaranty Corp.[12]

The U.S. Federal Reserve stepped in to rescue AIG from default in September 2008. In return, AIG accepted a deal to turn over control to the U.S. government in exchange for an $85 billion loan from the Federal Reserve. As part of the deal, AIG agreed to replace its management. The agreement enabled AIG to stay in business and avert a collapse that could have threatened more financial companies after AIG's credit ratings were cut and shares fell 79 percent in a few days.

The government revamped the deal in October and November, giving AIG a total of $150 billion of government help, including a $60 billion loan, $40 billion in exchange for a 79.9 percent equity stake and about $50 billion to capitalize two vehicles holding AIG’s bad assets.[13]

In March 2009, the government boosted its investment again with $30 billion more in capital after AIG reported a $61.66 billion loss for the fourth quarter of 2008. Treasury also said it would convert its existing $40 billion of preferred shares into new preferred shares that more closely resembled common stock. Under the new terms, the Treasury received a 77.9 percent equity interest via preferred stock.[14] Government officials acknowledged the company may need more money if the economy worsened.[15]

In 2009, AIG still faced billions of dollars in potential losses on credit guarantees it provided for complex subprime mortgage securities, in spite of its $62 billion fourth-quarter loss and regulatory efforts to unwind its holdings, company filings show.

The difficulties the authorities face in dealing with AIG spilled into the open on in early March of 2009 as Ben Bernanke, Federal Reserve chairman, expressed anger with the company in an appearance before the Senate Budget Committee.[16]

AIG angered taxpayers and the Obama administration in March 2009 by paying out huge retention bonuses -- the highest was $6.4 million -- to 418 employees in the company's Financial Products Group in London, which traded derivatives. The controversy involved about $450 million to be paid out over two years.[17] In response to the public outcry, the U.S. House voted on March 19 to impose a 90 percent tax on employee bonuses at AIG and other companies who receive at least $5 billion in taxpayer bailout funds.[18]Jake DeSantis was an executive vice president in AIG's financial products unit. He rendered his resignation letter on March 24, 2009 in The New York Times.[19]He said he would leave the company and donate his entire post-tax retention payment to those suffering from the global economic downturn.[20]

Also in early March of 2009, AIG founder, Hank Greenberg, launched two separate salvos against his former company, accusing it of cheating him out of a fortune and blasting current CEO Ed Liddy for trying to lay some of the blame for AIG's woes at Greenberg's feet. Greenberg sued AIG in Manhattan federal court, claiming execs at the insurer kept shares "artificially inflated" by lying about the company's exposure to subprime mortgages. He claimed those "material omissions and misrepresentations" killed the value of 3.7 million shares of AIG stock he got under a deferred-compensation package in January 2008. The lawsuit didn't specify damages, but demanded the $70 million in taxes he paid on the $200 million in stock.[21]

In March of 2009, New York Insurance Superintendent Eric R. Dinallo said in a piece published in the Financial Times that credit default swaps (CDS) were the major cause of AIG's collapse. Dinallo's department regulated insurance arms of AIG but not its financial products division. Dinallo also said that making it compulsory for CDS to be cleared via a central clearing counterparty was one way to ensure there was sufficient capital behind the transactions.[22]

On May 19, 2009, a federal court approved the distribution of more than $843 million to AIG investors who had been harmed by alleged accounting fraud. More than 257,000 AIG investors were affected, according to the SEC.

In August of 2009, AIG reported its first profit in seven quarters on narrowing investment losses and a rebound in the value of some derivatives. The stock gained 7.8 percent in New York trading.[23]

On March 1, 2010, it was announced that AIG had reached an agreement to sell AIA, it's Asian life insurance business, to Prudential in a deal valued at $35.5 billion.[24] 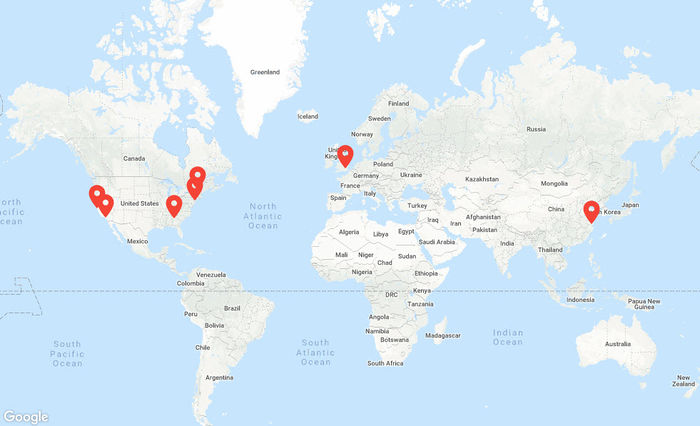