From MarketsWiki
(Redirected from FIA)
Jump to navigation Jump to search

For example, in 2016 FIA filed more than 70 comment letters with regulators around the globe, focusing on such issues as clearing equivalence, MiFID II implementation and capital requirements proposed by the Basel Committee.

On February 17, 2021, the FIA addressed the European Securities and Markets Authority (ESMA) on clearing issues experienced during the pandemic in the spring of 2020, a period when global clearinghouses were challenged by high levels of volatility and sudden increases in margin requirements. Based on earlier research it published in a white paper in October 2020, the FIA made several recommendations for changes to margin models, including improving the design and application of margin floors, which it said would be a tool for controlling procyclicality. Higher margins in a volatile market are procyclical because removing cash from the system may compell investors to sell some of the underlying instrument to make margin calls, or exit positions because they can no longer cover them. [9]

FIA Japan was formed as a chapter of FIA before FIA became FIA Global. It acts as the Japanese liaison with FIA's Washington headquarters and many of FIA Japan's members are members of FIA.[13]

In addition to monthly statistics, the volume report includes comparisons with previous year and year-to-date figures. The information is compiled both by exchange and by commodity group, highlighting significant changes. Each January, FIA creates a year-end report which provides information by commodity group for five years and graphically provides more than 20 years of data. In 2016, FIA debuted its SEF Tracker, an interactive data portal for market participants to look at volume and market share trends in interest rate, FX and credit products traded via SEFs.

On December 6, 2022, the FIA added ETD Tracker, an online interactive tool "that provides insights on trends in the trading of futures and options on exchanges worldwide." [18]

The organization ccnducted a survey of members ahead of its March 16-18, 2021 Boca-V conference, gathering a total of 274 responses, with 57 percent from the Americas, 31 percent from Europe and the Middle East, and 12 percent from the APAC region. The survey found that two-thirds of the respondents expect trading volume to continue to rise in 2021. It also identified some areas of concern, with the impact of the pandemic remaining a top challenge facing the industry. Second was political risk, followed by technology disruption. Capital requirements, one of the biggest concerns for many firms after the financial crisis, ranked fourth. [19][20]

In 2016, FIA hosted 27 regional and division events, drawing in 9,700 industry professionals from 60 countries and 226 exhibitors. 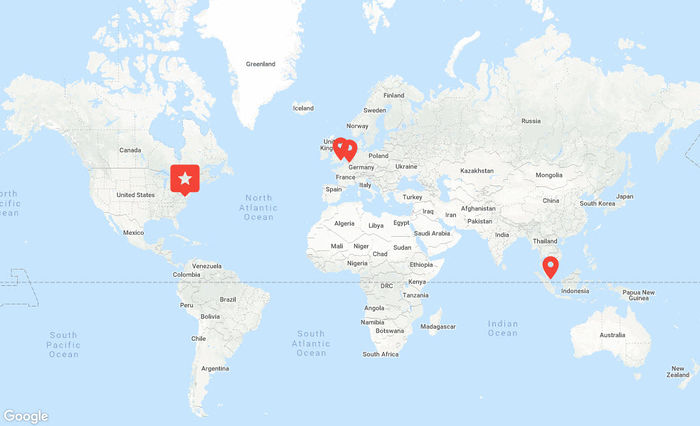