In the dictionary next to the expression 'bad month', as the joke runs, there might be printed just three words: Hungary, October 2008.

For most of that dark financial month, Hungarians gloomily tracked the steady decline of the Budapest Stock Exchange and its BUX index, their currency the Hungarian forint, and investors' confidence in the country's economic future. The growing credit crisis triggered by the fall of Lehman Brothers undermined Hungary's financial foundations. This nation of about 10 million inhabitants was recently considered an emerging investment market with growing promise. But because recent retail-level growth was largely financed by foreign-denominated credit, investors feared a Hungarian financial meltdown if the country's couldn't meet its obligations. Hungary eventually needed a $25 billion bailout package just to survive global carnage.

Most of the damage was done in just the first two weeks of October, as global investors began pulling money out of investment markets with high levels of external debt. This forced the value of both the forint and the stock market into a downward spiral and by mid-October had forced first the European Central Bank (ECB) and then the International Monetary Fund (IMF) to inject billions of euros into the Hungarian economy to avert a total financial wipeout.[1] The Hungarian National Bank (HNB) had already been forced to intervene in both the forex and Treasury bonds markets to boost the plunging forint (see below).

Hungary's industrial production then plummeted 23% year-on-year in December 2008 and the forint's value was driven to its lowest values ever against the U.S. dollar and euro.[2] One month later a key indicator of economic activity, the purchasing manager index (PMI), fell to an all-time low 38 (below 50 indicates economy in contraction). Hungary first fell below the critical 50 PMI mark in October 2008.[3]

Plus October gave the stock market an early pasting in the initial sell-off. Heavy equities selling by domestic and foreign investors drove the benchmark BUX down 24% in the week of October 3 - October 10 and one of its major components, Hungarian banking giant OTP Bank, plunging 43% over the same period.[4] As the rout continued through the month, the HNB was forced on October 22 to hike interest rates by three percentage points to 11.5%.[5] By then the forint had lost 14% of its value and the BUX index 37%. By the end of October 2008, Hungary's financial markets were in such turmoil that the IMF and the European Union agreed to what was widely described as a 'bailout package' of over $25 billion, with the IMF agreeing to $15.7 billion in standby loans.[6] By early November the ratings agency Moody's had issued a "negative" outlook for the Hungarian banking sector.[7] Hungary's largest bank and the country's second-largest company, OTP Bank, also had its rating cut on expected deterioration of the forint and asset values, although Hungarian regulators later

objected to a similar report by analysts at Morgan Stanley[8].

In retrospect, noted an IMF report in early November, Hungary was an early victim of "global de-leveraging".[9] Its disproportionately high levels of external debt and current account deficit left it vulnerable to investor fears that the country would be unable to repay its debts.

But the rout wasn't done. A few months later - in mid-January 2009 - the HNB cut its key interest rate by half a percentage point for the fourth time in less than two months to 9.5% to help bolster the economy and prop up the sagging forint.[10] By early February, HNB Governor András Simor confirmed that the central bank had further downgraded its outlook for the Hungarian economy from its assessment two months earlier, HungaryEconomyWatch reported.

And in the three months from when it all started, in the first week of October 2008, to early February 2009, the forint fell from around 250 to the euro to more than 290 to the euro. Add another Black October to the market's lengthening horror anthology.

Central bank takes rates for a ride as economy slides[edit]

Whatever accusations the Hungarian National Bank (HNB) may face over Hungarian financial markets' October shocker and its dismal aftermaths (see above), inactivity won't be among them.

Since investors began mass-selling Hungary's assets in October 2008 over rising fears amid the global credit crisis that Hungarians would be unable to meet their growing forex-denominated debt, the central bank has acted swiftly and savagely with changes to the benchmark interest rate. The HNB first hiked interest rates before paring them back shortly afterwards, but could be looking to boost rates again - all within six months.

In response to Hungary's credit crisis-led October meltdown, HNB surprised the market later that month by raising official interest rates three percentage points to 11.5% as the forint continued falling againt the euro and U.S. dollar, in hopes of stemming the outflow of foreign currency.[11] That decision was announced the on the same day that the International Monetary Fund and the European Union announced a $25 billion "bailout package" for Hungary.[12]

The markets got another jolt a month later when the HNB began the first of a series of half-point cuts in the benchmark rate despite most analysts's expectations of no change.[13] A week earlier, in mid-November, official statistics showed that Hungary's economy had contracted and that trend would countinue[14] while other analysts expected a greater subsequent slowdown for 2009 than the government predicted.[15] That first half-point (500 bps) cut in interest rates started the HNB of a rate-cutting cycle that ended January 18, 2009 with another 500 bp cut to 9.5%, its fourth in less than two months.[16] Hungary's government bond markets were consequently pounded in early 2009, with yields on 10-year Treasury bonds rising 24 basis points between December 31, 2008 and late February,

HNB Governor András Simor (left) indicated on Hungarian TV soon afterwards that rates would likely not be cut any further as a protection measure for the continually weakening forint.[17] Presently, analysts and financial markets began pricing in another interest-rate hike by May 2009, driving borrowing costs back to double figures as the forint is expected to continue weakening from its March, 2009 value of around 320 to the euro.[18] And investors may start doubting soon that all the HNB's activity may eventually come to little.

Latest figures on the Hungarian economy's decline in early March 2009 showed a slump of nearly 23% in January's industrial output as both exports and local demand fell across all sectors of the Hungarian economy, with export sales especially hard hit.[19] The Hungarian government now expects the economy to shrink by 3.5% in 2009.

Not much the HNB's recent interest-rate calisthenics can likely do about that.

Two gauge the impact of last year's financial-markets meltdown on Hungarian shares, look no further than the two highest-fliers on the Budapest Stock Exchange (BSE).

Banking giant OTP Bank and dominant petroleum refiner and distributor MOL were recently acquisitive powerhouses in the region and between them comprised 60% of the total value of BSE's benchmark share index, the BUX. But Hungary's premier pair of blue chips have seen their share prices severely beaten down over the past five months. 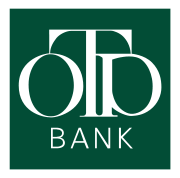 The sharp fall of OTP Bank - which makes up almost 29% pf the BUX - since the end of September was especially noteworthy. Less than two weeks after proclaiming its desire to join the Warsaw Stock Exchange's benchmark WIG20 stock index by the end of 2008[21], OTP fell by more than 11% in a day on October 8, 2008 to a four-year low. In the first eight days of that months, OTP Bank shares shed 25% of their value.[22]

OTP's early slide alarmed investors and forced officials from the Hungarian National Bank (HNB) to make repeated statements of confidence in the bank's liquidity and capital situation. But even after Hungary received 20 billion euro in financial-rescue assistance, OTP's profit for Q4 2008 plunged 97% year-on-year to 1.71 billion HUF, much of it goodwill losses on recent regional acquisitions.[23]

MOL's decline has been less dramatic but nonetheless a serious drag on the economy because it is the country's largest publicly traded company, with a market capitalization of 898 billion HUF as of March 9, 2009.[24] MOL is also the largest single component by value of the BUX with a 31% share as of mid-2008 compared to OTP Bank's 29%.

MOL's share price began a steady but inexorable slide from October - when its share price was almost 16,000 HUF - hit first by the credit crisis and then by subsequent falling oil prices for oil. By mid-November MOL had reported its first net quarterly loss in five years, shedding $1.9 million in the third quarter of 2008 compared to a net gain of $324.7 million in Q3 2007.[25] Falling crude-oil futures prices and a declining forint increased the debt of an already over-strapped company and hit MOL's bottom line, analysts stated at the time.[26] 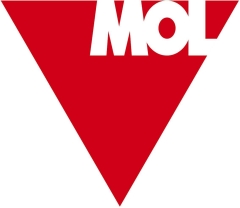 Like OTP Bank, MOL has been hammered by investors not only for its location at the center of a bleeding economy amid falling oil prices, but also for its debt-laded expansion into regional countries not exactly favored by western investors. MOL's credit rating was recently reduced to junk by investment rater Standard & Poor's following its debt-financed $1.1 billion stake increase in a Croation oil refiner at a time of economic contraction at home.[27]

MOL has already announced a 35% cut in capital expenditure for 2009 and company executives are upbeat on forecasts of a price rise for crude oil to between $70 and $100 per barrel this year. But the damage may already have been done. During the worst two months (October and November) of the 2008 financial meltdown, MOL's share price fell almost 40% to 9,730 on December 8 and a further 11% between then and March 9 to 8,630.

And with almost two-thirds of the market's benchmark share index shared between two such large losers over the past half-year, Hungary's stock market is beginning to look a little short on diversification.