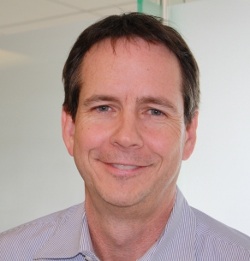 ISE chief technology officer Larry Campbell talks about creating a system of global magnitude by leveraging the most recent technologies.

Since Eurex, a subsidiary of Deutsche Boerse Group, acquired the International Securities Exchange (ISE) in 2007, the combined technology teams have been exploring the next generation of trading technology. In April, ISE will launch Optimise, a trading platform that will replace their core options trading system and serve as an IT cornerstone for the family of Deutsche Boerse exchanges. MarketsWiki's Jessica Titlebaum sat down with key players at Eurex and ISE to discuss why they believe the platform will provide exchange members with a technological edge.


It’s been a long time coming, but the International Securities Exchange is gearing up to launch its new Optimise trading platform on April 11, 2011. The system has been designed to reduce latency on options trading by over 75 percent at ISE, compared to the current trading platform.

The new platform is expected to give ISE a boost, after it slipped over the past year amidst the ultra-competitive US equity options exchange space. The system is also part of a larger technology platform project for Deutsche Boerse, which includes equities as well as futures on Eurex.

“The platform’s architecture will be the common core for Deutsche Boerse Group exchanges,” said Jürg Spillmann, head of IT at Eurex, who leads the development of Optimise in Frankfurt. “Our transatlantic teams have been working on this together to provide the lowest latency globally.”

In developing Optimise, the project team took into consideration the needs of their customers and designed the technology with greater functionality. The improvements include enhancing the complex order book and providing additional protections for market makers, such as improved tools to set risk parameters and more efficient display of market quotes.

In addition to launching the new platform, the exchange has also moved into two new data centers, Equinix and Telx, which will go live commensurate with the Optimise launch.

“This structure creates further connectivity efficiencies for our customers and provides an opportunity to co-locate," said Larry Campbell, chief technology officer at the International Securities Exchange.


Deutsche Boerse sees the Optimise platform as a key factor in its growth. Following the initial launch of Optimise for symbols in ISE’s second market, the exchange will conduct a phased migration and expects to have the system fully rolled out by the end of July. Work is already underway to develop Optimise for use at Eurex although no implementation dates have yet been announced.

As for the system’s current performance, Campbell said it is performing extremely well in the test environment, and they are confident Optimise will provide exchange members with a competitive and technological edge.

“With Optimise, we have created a system of global magnitude leveraging completely new infrastructure and software as well as the latest in messaging technology.”