The Shanghai Futures Exchange launched SHFE Steel Rebar futures on March 27.[1] The futures quickly developed into a very active contract and traded more than 7 million contracts in the month of June 2009, ranking as the third active contract on the SHFE, in terms of volume.[2]

A mere four months after the official launch at the end of March 2009, SHFE steel rebar futures traded a phenomenal 1,359,400 contacts per day in the last month of July, second only to DCE Soy Meal futures's 1,681,472 contracts in the entire Chinese futures market during the same period. 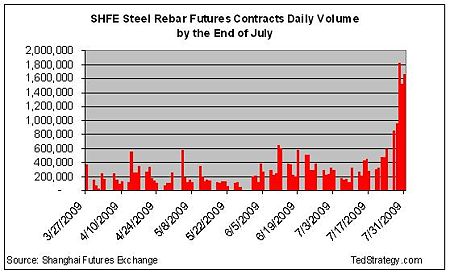 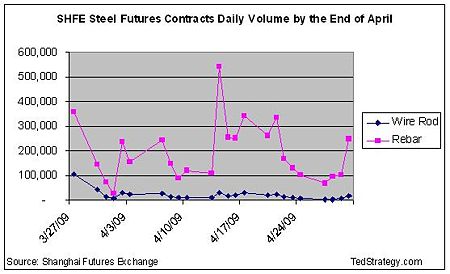