The Zhengzhou Commodity Exchange ranked as the world's 13th largest derivatives exchange in 2018, with volume of 817,969,982 in trading volume, up 39 percent from the previous year.[3]

The ZCE was established on Oct. 12, 1990, in Zhengzhou, the capital of Henan province in east-central China, the country’s most populous region. After operating a cash forward contract for two years, the first futures - in wheat, corn, soybean, green beans and sesame - were launched on May 28, 1993.[4]

The exchange emerged from the restructuring of China’s futures industry in 1990 after a 60-year hiatus. The government closed many of the 40-plus exchanges which emerged because of widespread price manipulation.

In August 1998 the 15 remaining exchanges were reduced to three, with the exchange – renamed as the Zhengzhou Commodity Exchange – listing wheat, green bean, red bean and peanut kernel alongside the Dalian Commodity Exchange and the Shanghai Futures Exchange, which listed metals and rubber.

The ZCE’s clearing went electronic in 1997, and the three exchanges were linked with a single electronic network in 2001.

The exchange is a non-profit, self-regulated entity, overseen by the China Securities Regulatory Commission, with 226 member firms (including 180 brokers). 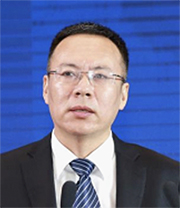