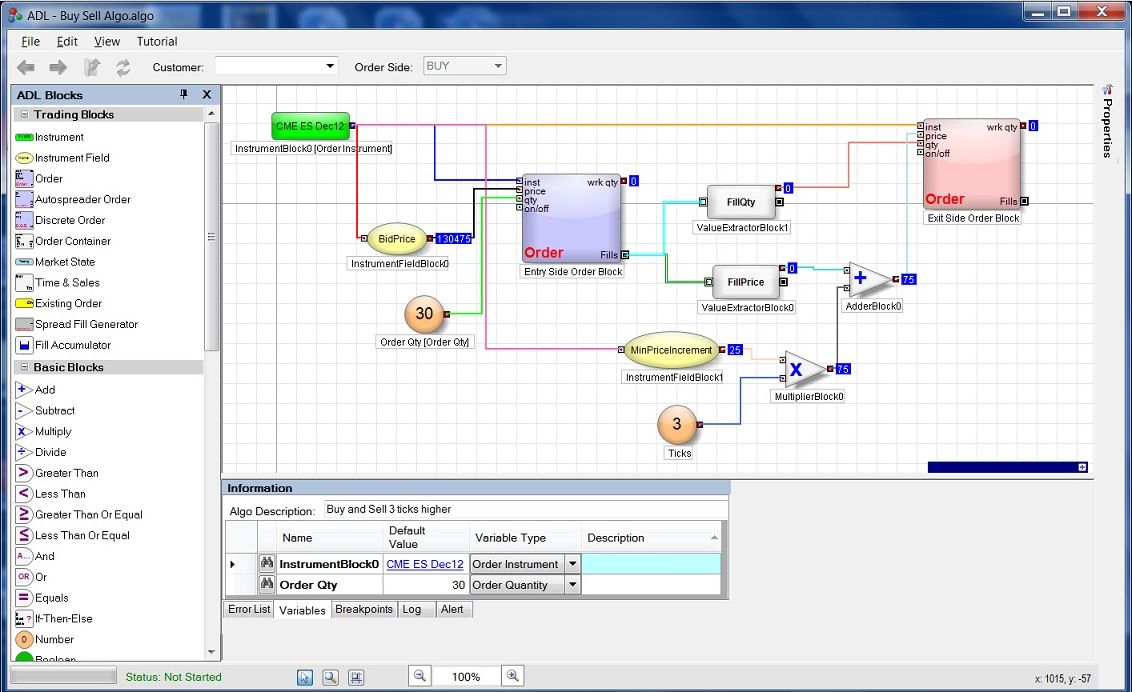 ADL (Algo Design Lab), is a visual programming platform that allows traders and programmers alike to design, test and deploy custom automated trading programs. Instead of constructing systems by text-based programming, the platform provides intuitive, drag-and-drop building blocks that can be linked and combined visually. The platform generates executable code from the user's visual design, and includes feedback and warnings to help detect and warn against undesirable algorithm behavior. [1]

New strategies can be completed in hours or days, rather than the many-week timeframe often associated with system development. This allows traders to design systems that target current, short-duration market events and conditions, as well as providing a much faster revision process when errors and shortcomings are detected in a system's behavior.